The Federal Reserve Faces a Reckoning 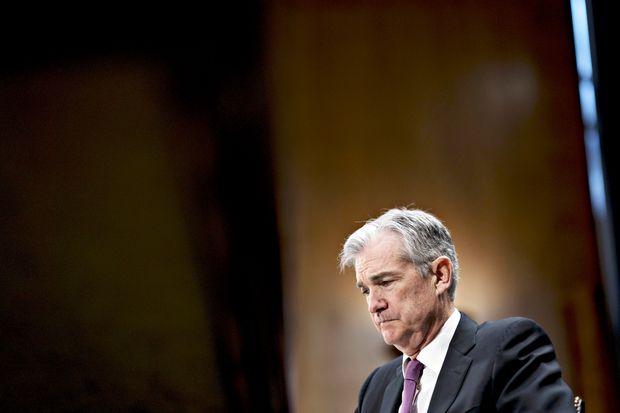 The Federal Open Market Committee won’t make any changes in its policy interest rates this coming week. It may disclose plans to wind down its program of reducing the size of its balance sheet. But these policy decisions will be made against the backdrop of a developing debate of the basic functions of monetary policy not seen in more than a generation.

As for the basic headlines, the Federal Reserve’s policy-setting panel is certain to leave its federal-funds target range unchanged at 2.25%-2.50% at the conclusion of its two-day meeting. At the same time, the FOMC will also release its latest Summary of Economic Projections, which will include the members’ guesses on where the fed-funds rate will end 2019. Those are depicted in the “dot plot” graph, which gets the most market attention.

A lot has changed since the last set of FOMC forecasts released after the Dec. 18-19 meeting, when the Fed raised the funds target by one-quarter percentage point and the dot plot indicated a median forecast of three more hikes. Just days later, in early January, Fed Chairman Jerome Powell pivoted sharply to indicate that the monetary authorities would be “patient” in raising rates further and would be flexible in reducing its holdings of Treasury and agency mortgage-backed securities.

That reversal spurred the sharp rebound in equity and other risky assets that erased much of those markets’ fourth-quarter swoon, reflecting the new dovish tilt by the Fed. And by Friday, the fed-funds futures were pricing in nearly a 37% probability of a rate cut by next January, according to the CME FedWatch site.

Powell will be quizzed Wednesday afternoon on the FOMC statement and other decisions in the postmeeting press conference. His comments might provide more guidance on future rate moves, but his interview on 60 Minutes last Sunday shows that, after some earlier clear pronouncements on policy, he has mastered the ability of his predecessors to say little or nothing if it suits him.

What serious students of monetary policy are most interested to hear is how the Fed’s thinking on its aims and approaches might be evolving. Despite the U.S. central bank’s having virtually met its dual mandate of maximum employment with price stability—with February unemployment at 3.8% and its main inflation measure running just below its 2% annual target through January—there remains widespread dissatisfaction with the economy and how many are faring in it. And that’s a decade after the Great Financial Crisis and the extraordinary monetary measures enacted to stimulate a recovery.

Danielle DiMartino Booth, a former adviser to the Dallas Fed president and publisher of the Money Strong newsletter, wrote in a Bloomberg opinion piece this past week that while the loose policies of the Fed and other central banks have boosted asset prices, the inflation in prices of stocks and other assets have benefited their owners, primarily the well-off, and worsened wealth inequality.

“If the ‘wealth effect’ used to justify a generation of quantitative easing hasn’t kicked in yet, trickling down to those who need it most, it’s past time the Fed acknowledged its failings and opened the door to a new policy framework,” she concludes.

Martin Wolf, the Financial Times’ economics writer, contended this past week that “monetary policy has run its course,” having done all it can to fight secular stagnation, the state of persistent inadequate demand hypothesized by Lawrence Summers, the former head of the National Economic Council under President Barack Obama and Treasury secretary under President Bill Clinton.

Persistently low interest rates aren’t artificially depressed by central banks but by the low level of real rates needed by the economy, Wolf continues. But those low rates, even below zero, fail to boost the economy mired in a “balance sheet recession,” as Nomura economist Richard Koo hypothesizes, which leads companies and households to pare debt rather than borrow and spend. As Koo was quoted saying in this column in 2016, negative interest rates seem “an act of desperation born out of despair over the inability of quantitative easing and inflation targeting to produce the desired results.”

Three years later, the total amount of negative-yielding bonds hit $10.2 trillion, JPMorgan reported this past week, the highest amount since December 2017. Others argue the expansion of debt encouraged by low interest rates now exerts a drag on the economy, as companies and households have to pay off those obligations rather than expand. General Electric (ticker: GE), an extreme example, has had to prioritize shoring up its balance sheet over growth.

With monetary policy having reached this apparent cul-de-sac, Wolf contends fiscal measures are needed to counter insufficient demand. Taken a step further, this argument extends to adopting Modern Monetary Theory, which essentially argues a nation that can borrow in its own currency isn’t limited by the size of the debt. If inflation heats up, fiscal policy can be tightened. Powell dismissed MMT as “just wrong” in recent congressional testimony, an opinion shared by the overwhelming majority of mainstream economists, even as it gains adherents on the left.

Some critics on the right, meanwhile, argue the Fed simply has been too tight after its nine rate boosts since late 2015 and the contraction of its balance sheet from a peak of $4.4 trillion in October 2017 to $3.9 trillion currently. A Wall Street Journal op-ed this past week trotted out the idea of targeting commodities to guide monetary policy, a notion that goes back to early 20th century Swedish economist Knut Wicksell. The recent weakness of commodity prices suggests policy is too tight, the authors contend.
The Fed targets overall inflation rather than commodities, which play a small role in the 21st-century economy. The Fed’s problem has been that it has consistently undershot its 2% target, which is the opposite of central banks’ traditional inability to maintain stable prices. One change under consideration is for the Fed to make up past shortfalls by letting inflation catch up on the high side. Central bankers contend persistently too-low inflation makes it harder for them to fight recessions. Critics counter that 2% inflation means that a dollar loses half of its purchasing power over about 36 years, which is not price stability.

These and other policy ideas are under a review by the Fed under its vice chairman, Richard Clarida, which is supposed to scrutinize the central bank’s strategy, tools, and communications policies. The results, which are due later this year, will be of more than academic interest.

Forty years ago this October, the Fed embarked on a major, single-minded policy assault on double-digit inflation, even at the cost of severe, back-to-back recessions. Now, it would appear the focus of the debate under way is directed at maintaining the economic expansion that, despite being on the way to be the longest on record, has been more successful in boosting asset values than household income.