Lawrence Yun said home prices will rise 1% and sales will dip 7% next year before recovering in 2024, in contrast to a Fannie Mae forecast last month that predicted falling prices next year 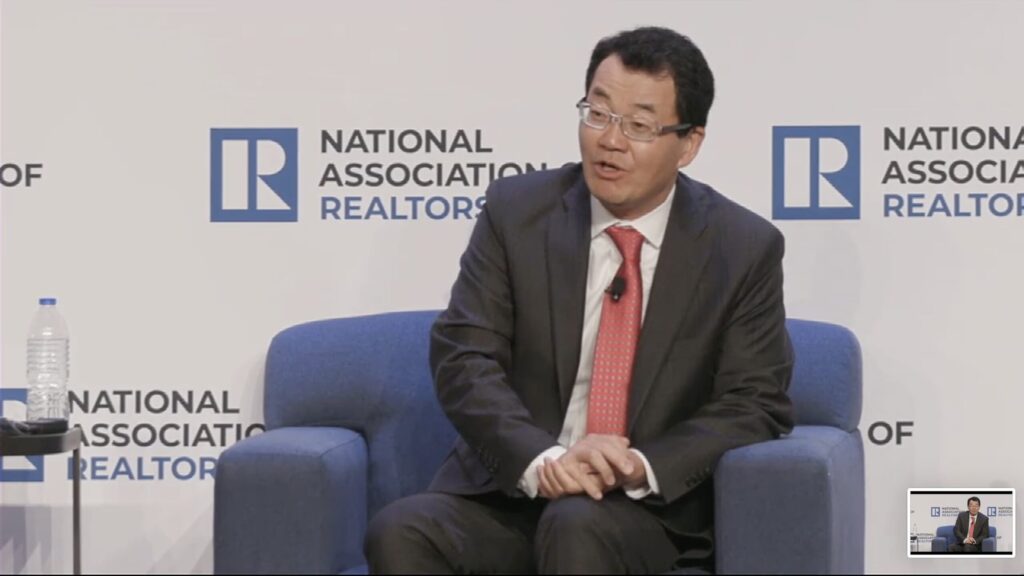 New markets require new approaches and tactics. Experts and industry leaders take the stage at Inman Connect New York in January to help navigate the market shift — and prepare for the next one. Meet the moment and join us. Register here.

Home prices will rise slightly and sales will dip next year before making a comeback in 2024, according to Lawrence Yun, the National Association of Realtors’ chief economist.

Yun spoke Friday at the Residential Economic Issues and Trends Forum of NAR’s annual conference, newly rebranded as NAR NXT, in Orlando. The forum is consistently the event’s most heavily-attended session, NAR President Leslie Rouda Smith noted as she introduced Yun, whom she called “the best chief economist in the world,” prompting cheers from the audience.

At the forum, Yun predicted that 2022 would end with home sales down 15 percent year over year and further decline 7 percent in 2023 before rising 10 percent in 2024.

“Then in 2024, you have to say population, demography, [the] long-term path looks bright, therefore just hang in there for this year’s difficulty and maybe next year’s still under transition, but after that everything should be in a better situation.” 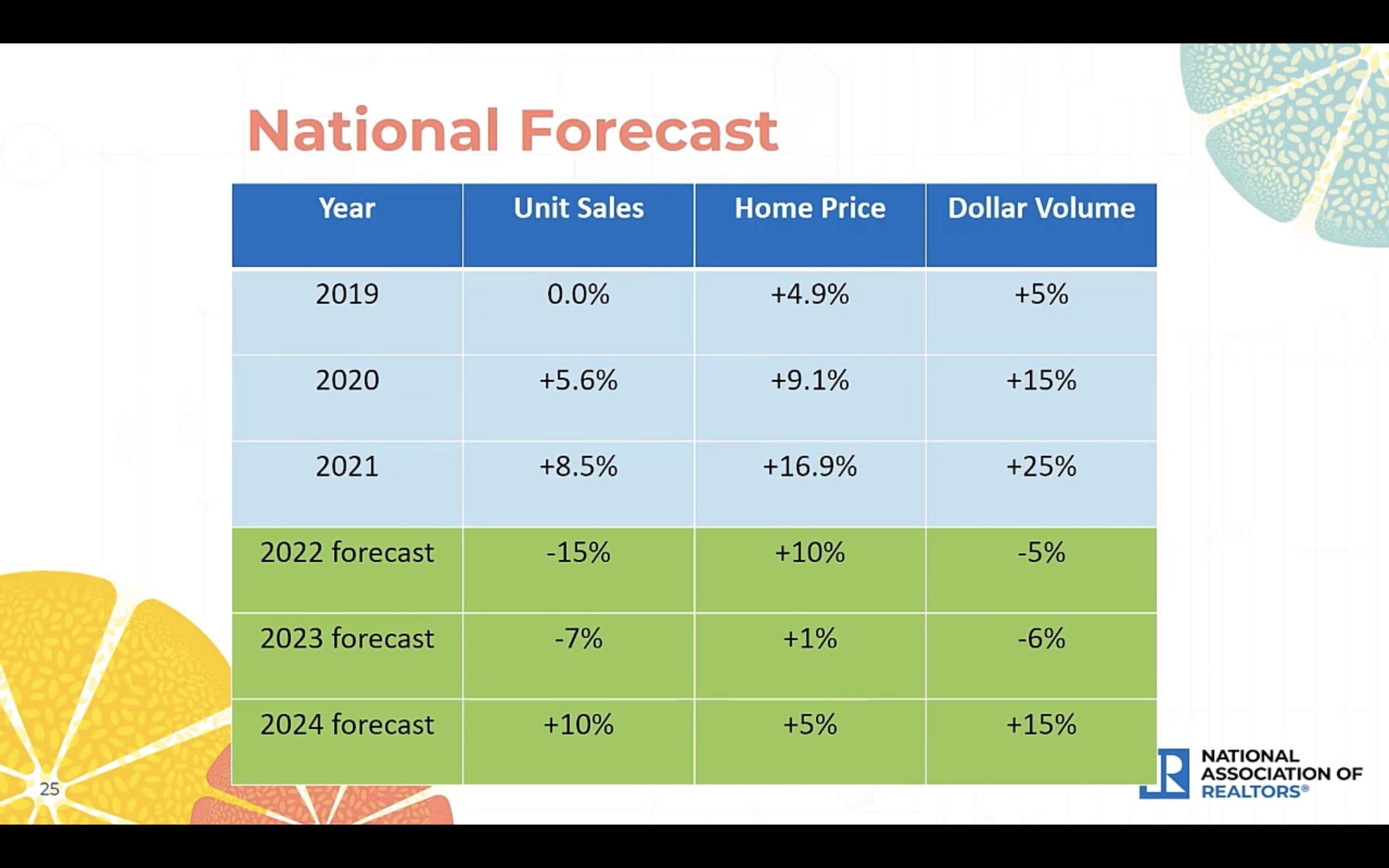 The forecasts assume that mortgage rates will hover around 7 percent after having potentially topped out earlier in the week on news of lower-than-expected inflation, according to Yun.

Mortgage rates have a big impact on home affordability. While the median income required to buy a median-priced home was $50,000 before the pandemic, it now stands at about $85,000 and real income — adjusted for inflation — has not risen to make up for it, according to Yun. 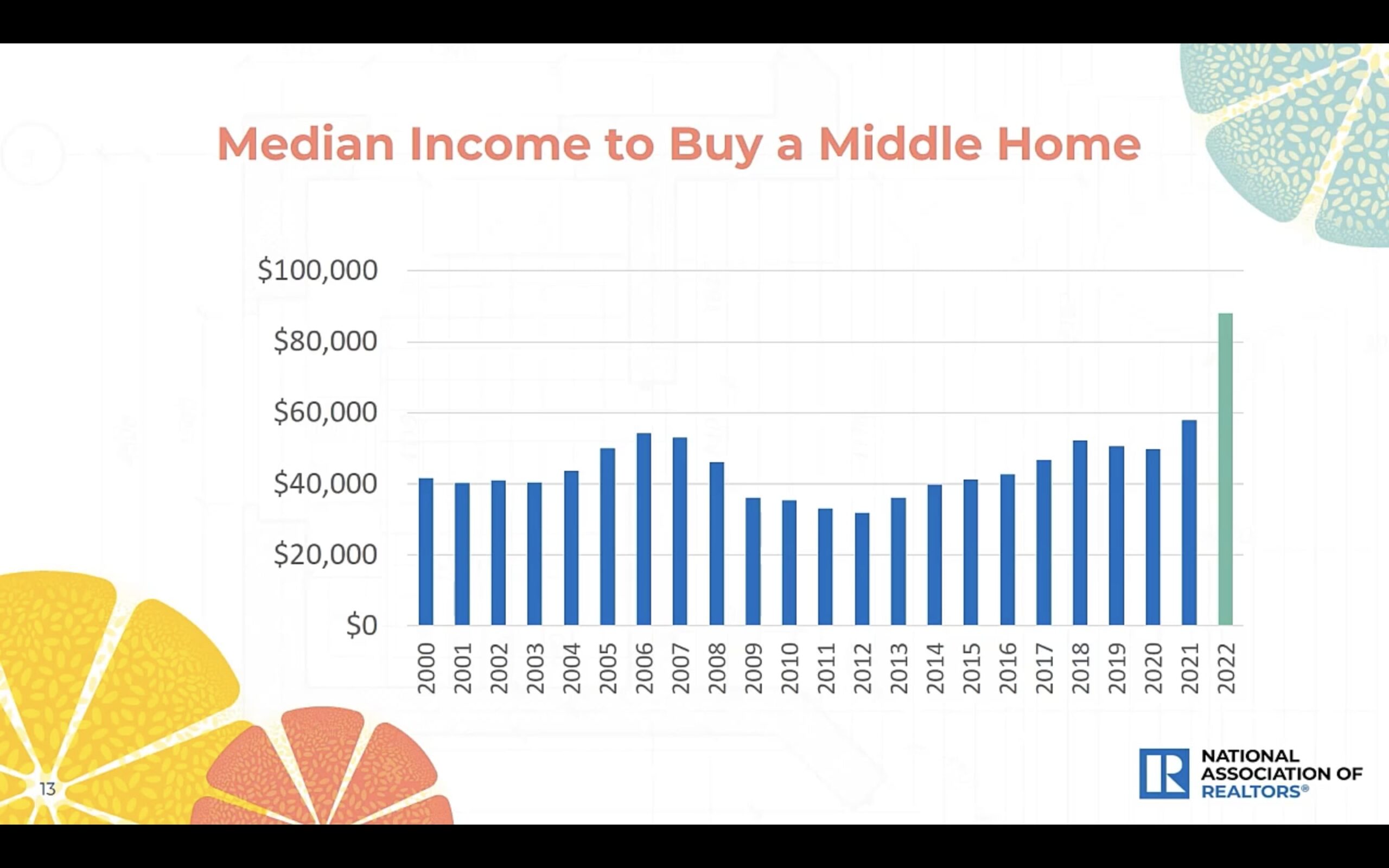 “That’s why we are seeing falling home sales,” he said.

“People’s income [that] they’re bringing home has not increased to this extent. First-time buyers, consequently, [are] at historically low levels.” 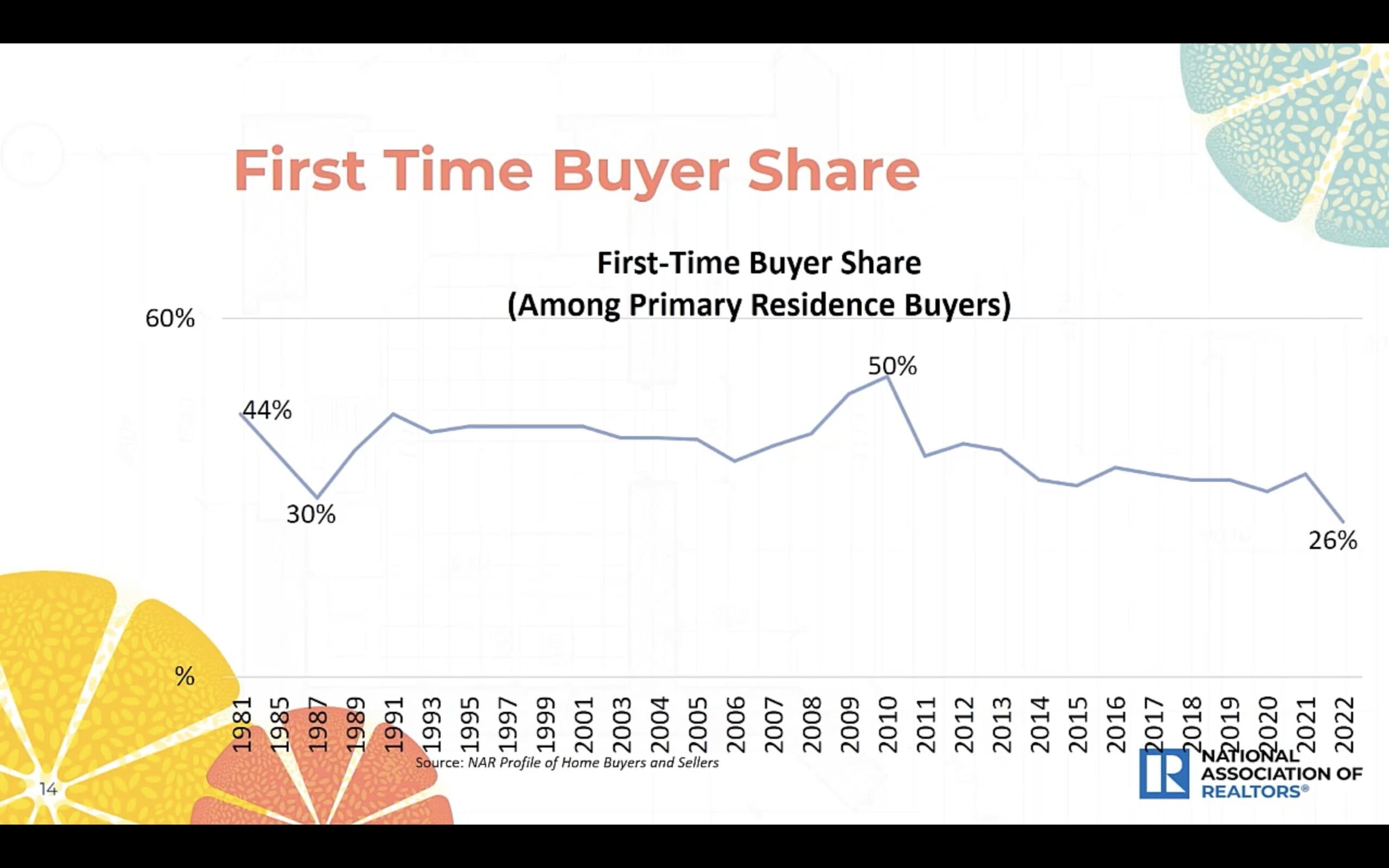 “The market today is like a frozen state for buyers [and] for sellers,” Yun said.

“But [Thursday’s] good information on inflation — 7% inflation is not normal, it’s still high — but at least it looks like we turned the corner and if consistently we seem to be turning the corner, we will begin to see some revival in the housing market.” 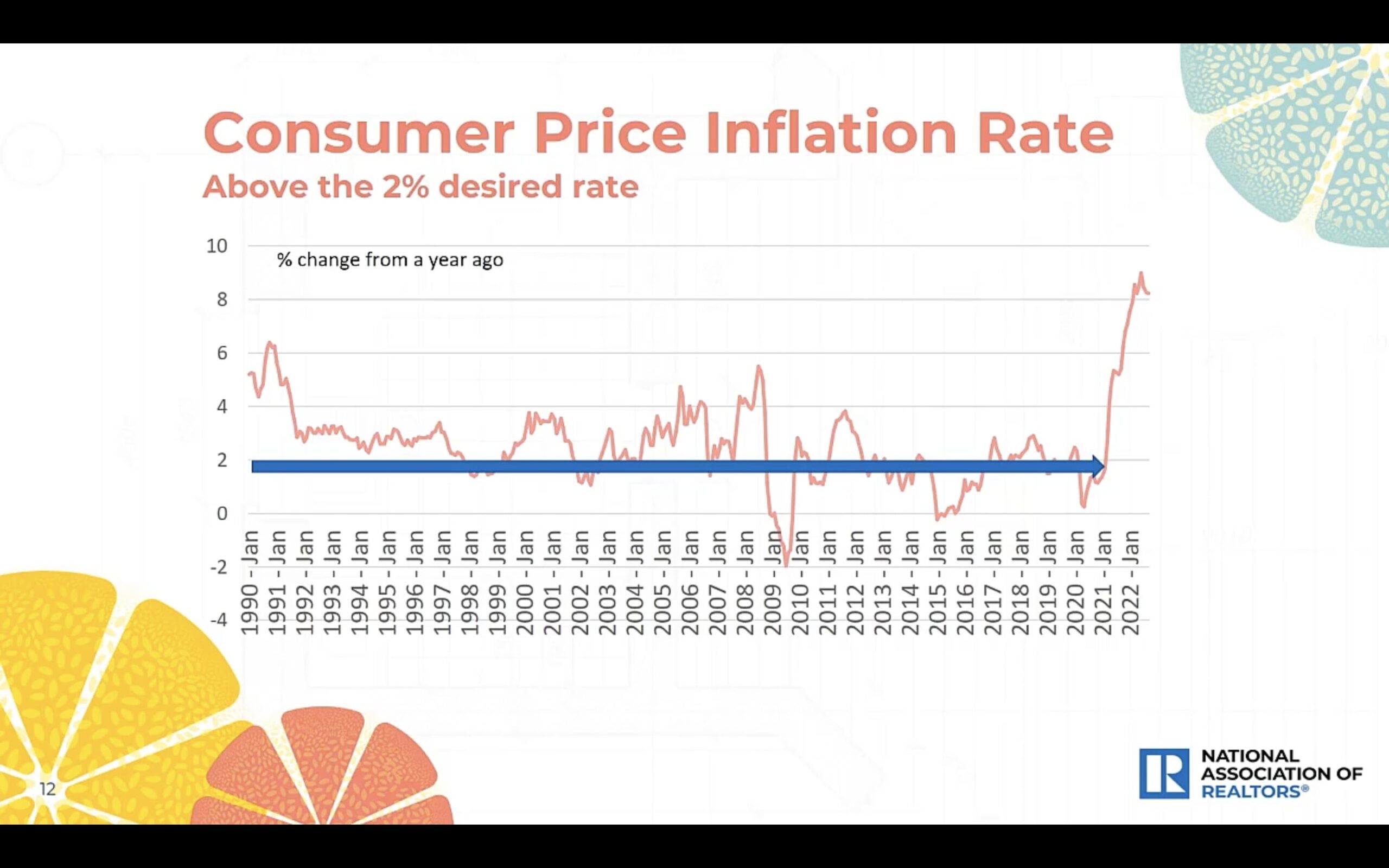 Yun’s forecast is in contrast to predictions from Fannie Mae, which anticipate that home prices will fall 1.5 percent and home sales will drop 21 percent in 2023. Such predictions must also be taken with a certain measure of salt. For example, a year ago Yun predicted that in 2022 home sales would dip 1.7 percent and home prices would fall 2.8 percent.

In 2023, home prices are unlikely to drop a lot for most of the country because for-sale inventory is still extremely limited, Yun told attendees from the stage Friday.

“Overall inventory conditions [are] much lower than historical and certainly much lower compared to the housing market crash that occurred in 2008,” Yun said.

“The inventory levels today are only one quarter of what it was during the price collapse that occurred. So we simply don’t have sufficient inventory.” 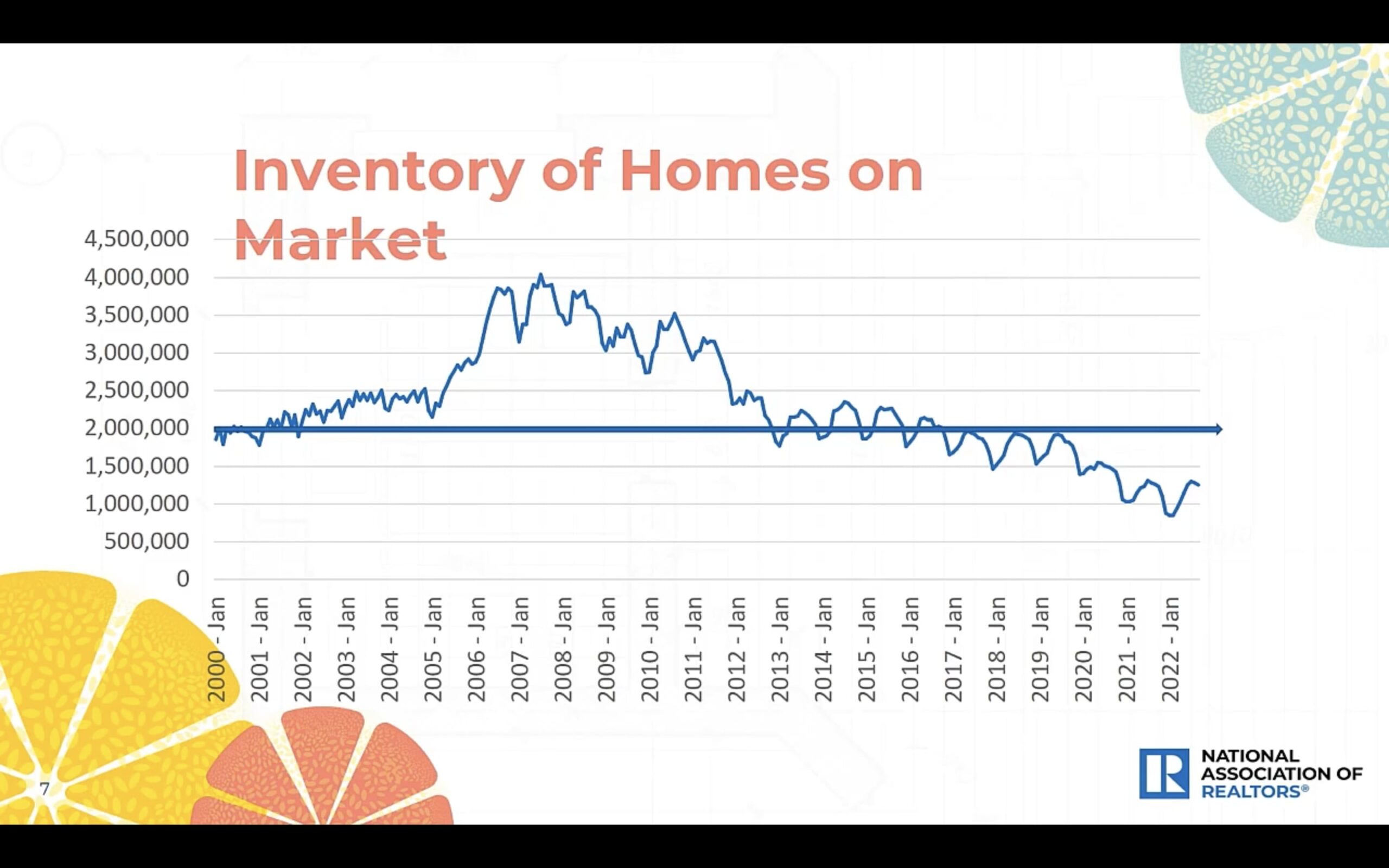 Distressed sales are only 2 percent of the market and nowhere near the 30 percent share seen during the Great Recession, according to Yun.

While Yun’s recent forecasts have touched on whether the country was in a recession, he’s never given a definitive opinion on the matter, but has consistently said that if there was a recession, it was an unusual one.

“One of the objective measures could be GDP, which is the broadest measurement of the economy, and we have two quarters of decline,” Yun said, pointing to the first two quarters of 2022.

“So maybe we were in a recession, but it was a very mild one. But the latest quarter shows it turned positive.”

Even though the housing market is down in terms of sales and month-to-month home prices, it’s still “amazing,” according to Yun. Homes are still seeing multiple offers and 42 percent are currently selling at or above their list price. 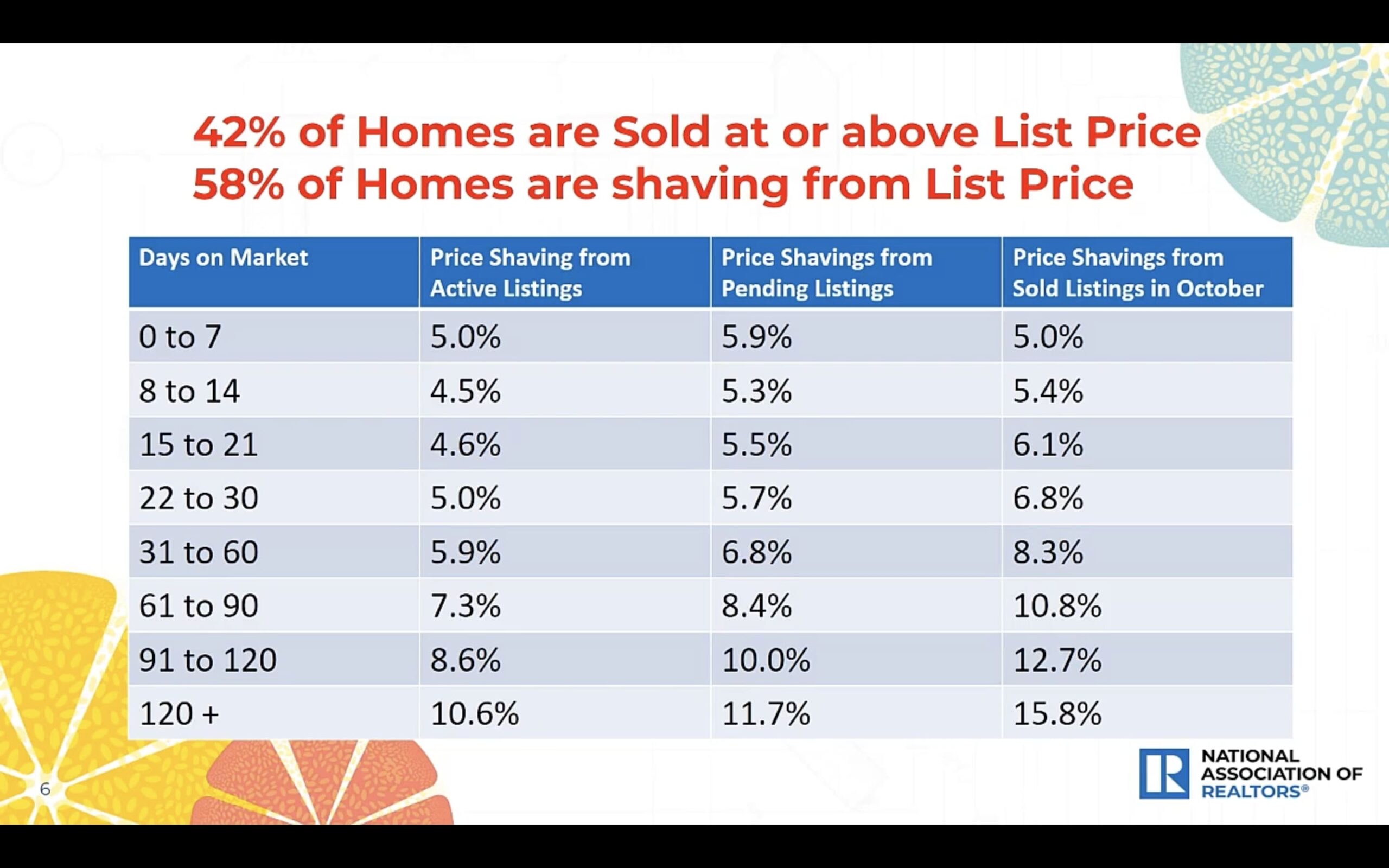 According to the most recent data available, in the first week of November the median sales price was up 6.3 percent year over year and homes were moving at a “swift” median 22 days on market, according to Yun.

Nonetheless, the number of homes sold was down 28.5 percent and new purchase contracts — an indicator of future sales — were down 38.7 percent