1/18 Update; The Delphi Method and the long-range plan to eliminate the Patriot movement

Ever wonder why the Patriot movement ended up like a joke?

Note to reader: I submit that the patriot movement’s multi-decade degradation from its genuine beginnings, and into its current form, was helped along with our adversary’s use of the Delphi method or Delphi technique.  The tenets and philosophies of today’s patriot movement bare little resemblance to those of the past. Today’s patriot movement is highly emotional, politically charged, intellectually stunted, angry and vengeful, as well as being polarizing; and this was not by chance.

Thank you for your last podcast. I had never heard of the Delphi method before. I always appreciate learning something new. A little digging and it was an invention of Rand. This very short Blog post from their website talks about it and the time frames for which they are forecasting, too.

They seem to be forecasting out 50-100 years with some degree of precision. Just imagine the assets, technologies and loot they have gathered all the way along by being that far ahead of the curve. The average person I know couldn’t possibly fathom this.

I stumbled into a secret location [while] lost on a sales call about 8 years ago in a commercial park in Calgary; desks of analysts or traders (not sure) in an unmarked building and office. It had a sign in their office after you made it through two unmarked doors. Lol. I was asked to leave promptly but looked like a trading floor of sorts. I figured they were manipulating or monitoring crude inventories in Alberta, but who knows? Adventures in Sales lol.

Indeed, Dean is correct. The Delphi method or also known as the Delphi technique was developed by RAND in the 1950’s. According to RANDs website;

RAND developed the Delphi method in the 1950s, originally to forecast the impact of technology on warfare. The method entails a group of experts who anonymously reply to questionnaires and subsequently receive feedback in the form of a statistical representation of the “group response,” after which the process repeats itself. The goal is to reduce the range of responses and arrive at something closer to expert consensus. The Delphi Method has been widely adopted and is still in use today.

According to Wikipedia, The Delphi method is “based on the principle that forecasts (or decisions) from a structured group of individuals are more accurate than those from unstructured groups. The experts answer questionnaires in two or more rounds. After each round, a facilitator or change agent provides an anonymised summary of the experts’ forecasts from the previous round as well as the reasons they provided for their judgments. Thus, experts are encouraged to revise their earlier answers in light of the replies of other members of their panel. It is believed that during this process the range of the answers will decrease and the group will converge towards the “correct” answer….”

Based on the above explanations of the Delphi, we can see how the Delphi technique can be used to effectively collate and process audience concerns in a smaller and specific setting.

I came across this YouTube video that was uploaded by a person who was perceptive enough to see how the stakeholders of a mass transit project in the San Francisco bay area were being manipulated into a predetermined outcome via the Delphi.

Truly, the citizens in this public forum had no say, and were being coaxed into accepting the predetermined outcome. The only problem here in this instance was that these facilitators were not charismatic and talented public speakers. Usually, an effective Delphi outcome requires the use of skilled and accomplished facilitators and change agents.

With regards to the globalists’ reliance on the Delphi method to help ensure their 50-100 year predictions come to fruition, they are careful to make certain that the population at-large never figures out that the whole new world order plan was pre-determined from the start. It’s easy to predict the future when those planning it already know the outcome and are able to employ the necessary sophisticated psychological manipulation to make it a reality.

This is why I beg you all to avoid social media on all fronts; we are all lab animals in a high-tech Delphi campaign to eliminate outliers, and even our Netflix streaming only involves delivering us outcomes that were planned all along. This “entertainment” programming includes defiling Christians, patriots, and truthers; desensitizing us to death, misery, and catastrophe; and showing us that global government is the only answer and that we are powerless to stop it.

In the past, humans were more savvy and discerning, but as the NWO engineers gained more control over every aspect of our lives, we have devolved and have become less able to think clearly, so the Delphi techniques become more obvious to those who are looking out for them.

The Delphi and the Patriot movement

As for the Patriot movement; I insist that there has been a methodical, deliberate, and long-range program to destroy it from within, while its members never know what happened.

First; the globalists needed to financially and mentally demoralize the patriots by cleverly placing carefully chosen change agents into the movement who dispensed antithetical advice on how to survive. This mindset was quickly absorbed into the tenets of the movement and it has been a slow agonizing slide since the 1980’s. 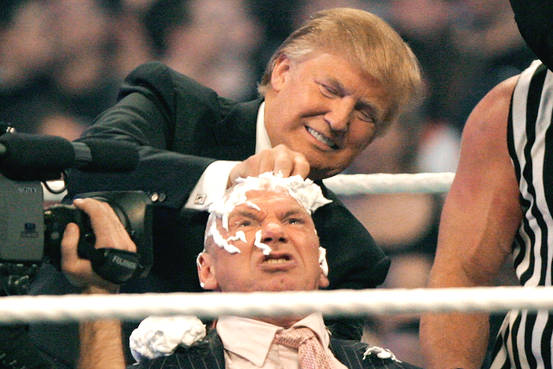 Second; in the final phases of the campaign to destroy nationalism and the patriots, we see carefully placed Judas goats and change agents who blew it up from within. Whether they knew it or not, morally compromised people like Alex Jones and Donald Trump became our worst enemies, because these Judas goats appeared as our allies and leaders. Unfortunately, after they are long gone, the destruction remains. Third; Once the long-term demoralization campaign is complete, the reprogramming and dismantling can begin.

The globalists working with RAND knew that eliminating the truth movement in the United States was a long-range, Herculean task; but in order to achieve this goal, they needed to start early. The time to recognize this manipulation was decades ago, and the time to fix it has already come and gone. The globalists have already achieved their goals in destroying the truth movement, while its members are not even perceptive enough to figure out how it was done.

Our adversary embarked on this patriot-destroying campaign at least 30-40 years ago. People like AJ, Trump, and the Zerohedge editors were cleverly chosen to finish the job and nail the coffin shut. The Delphi engineers are so sophisticated that these Judas goats probably didn’t even know how useful they were to the NWO architects, but either way, the results are the same.

When I tell my reader that we “are done,” I do not use these phrases lightly. I use them very deliberately, because I can comprehend how effective this long-range comprehensive demoralization plan has been. We are now an ever-smaller minority of free thinkers in an ever-increasingly amoral and degenerate world. Keep in mind that the people prefer this new world order and that you must persevere on your own, since the 90-95% of humanity have been programmed into believing that the 5-10% are the enemy.

And yes, the vast majority of who’s left in the patriot movement are now just as unwashed as the rest.

19 thoughts on “1/18 Update; The Delphi Method and the long-range plan to eliminate the Patriot movement”