Despite being financially decimated, most alt-media junkies will never accept that they’ve been had

I watched an RT clip years ago, where this clown [Max Keiser] said that Canadian real estate was going to plummet 90%. The opposite happened. Another agent from the Deep state to make the masses poorer. I admit it; at one time I was duped, too. During the early part of last decade when I was new to the “truth/patriot” movement, I found myself following the advice and warnings of people like Max Keiser, Alex Jones, KWN, Steve Quayle, Daily Reckoning, etc.

There was a difference between what these charlatans said back then and what they say now. In 2005, gold really was a great investment and house prices were topping out. I knew this, because I observed the sovereign debt build-up trajectory and wondered how the nation-states would be able to finance further spending. Gold’s price rise reflected this growing concern and I was warning all my friends at the time of impending calamity. I looked like a prophet, and so did the gold shills.

I sold 75% of my rental properties in late 2005, and put it all into U.S. gold and silver eagles, because I determined that the capitalization rates and IRRs on rentals were moving dangerously lower and that, for the first time in modern history, rental income streams had completely detached from property values. So, of course, I listened to those who were proclaiming a real estate collapse. Of course, I heeded the warning of the gold shills. It made sense.

If this monetary hierarchy was coming unglued it also implied that the U.S. dollar was toast. We did observe the USDX tanking into 2008, as confidence was shaken to the core. So far, so good… 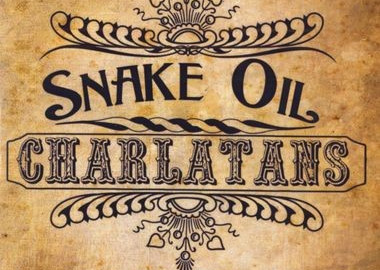 By 2011, a growing consensus had figured out what we talk about all the time. The private central banks had created a whole new synthetic set of economic laws. First and foremost, The central bankers discovered a way to keep the governments in business while maintaining the existing global hierarchy.

The central banks could essentially add as much sovereign debt to their balance sheets as needed to keep the governments spending. These stimulus programs would counterintuitively keep interest rates and inflationary growth moving lower over time as the ballooning debt burdens would suck the life force out of the economy and act as a massive deflationary offset. Furthermore, the USD, as the global reserve of this current system, would find structural support.

It’s a scheme that has been running for 11 years and seems to be moving forward as intended. The governments are the customer service windows of the elites and carry out the NWO agenda. For now, their prime directive is to keep the governments in business until some future course of events.

But the alt-financial “gurus” kept professing the same talk from 2005 because 1) they chose not to see the reality, as that would mean lost prepper and book sales business 2) they are really out of their realm with respect to economic matters or 3) are intentionally misleading the alt-media crowd.

I believe it’s a combination of all three. I have been warning others in articles, shortwave shows, and blog posts since early 2013, and my thesis has not changed in almost seven years. Investing based on belief will lead people into poverty. Investing based on observation and reality usually leads to long-term success. Satan is still in charge of this world and we best accept this.

Important financial update; The Asset Markets, Guns and the IRS, War, and the Great Reset

A reader asks; How do I determine if a real estate investment makes sense?