Will the United States ever go bankrupt?

I received a question from a reader asking me if the United States government will ever go bankrupt. I suggested he refer to the U.S. Federal Reserve’s holdings of U.S. Treasuries for a clue to this answer. Specifically, I directed him to look at how the Fed handles its interest earnings on U.S. government securities and its operating profits.

Will we reach a point when the U.S. government will no longer be able to service its debt? What happens when interest payments get too big? 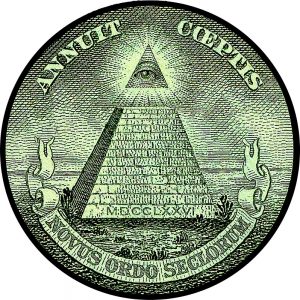 The interest that the Fed collects on its investments in U.S. Treasuries is paid by the federal government, but is then returned to the U.S. Treasury. As we can see this wash cycle saves money because those interest payments would otherwise be made to the outside investors who would have purchased the bonds.

“It’s interest that the Treasury didn’t have to pay to the Chinese,” Ben S. Bernanke, then the Fed’s chairman, told Congress back in 2011, when the annual windfalls were still new and surprising.

Indeed, Ben Bernanke is correct. In 2016, the Fed remitted $91 billion to the Treasury. Had outside investors bought these Treasuries, the U.S. government would have never gotten that money back. Talk about free spending….

With this in mind, it would actually work out in the U.S. government’s favor if China sold all its Treasury holdings, because they would most likely be bought up by the U.S. Fed.

Of course, the U.S. Fed conjured up the money to buy to the Treasuries in the first place, so its holdings were acquired painlessly. Nonetheless, the outstanding debt on the Fed’s balance sheet comes at essentially no cost to the U.S. government. In an extreme case, if the Fed owned all of the U.S. debt, the government could essentially spend recklessly forever.

The Fed is legally required to use its revenue to cover operating expenses and send much of the rest to the Treasury Department’s general fund, where it is used to help cover the government’s bills.

The Fed payments to Treasury, called remittances, hit a record high in 2015 due to swelling interest income from its huge holdings of bonds purchased to help stimulate the economy after the financial crisis.

That interest income will decline as the Fed continues to shrink its portfolio of assets, or balance sheet, by letting a limited amount of bonds mature each quarter without replacing them.

The Fed’s bond holdings comprise of federal debt and securities issued by the government-owned mortgage finance companies Fannie Mae and Freddie Mac. By diving into the marketplace, the Fed created more competition, forcing investors to accept lower interest rates — and thus reducing the borrowing costs paid by businesses and consumers, as well as the federal government.

The remittances change as the Fed holdings change

But what would happen if the U.S. Fed began to add to its balance sheet? Imagine a scenario where the global economies turn down once again and the major central banks are forced to commence unconventional monetary policy. We discuss these scenarios frequently.

Imagine a time where the U.S. Fed adds a couple trillion dollars more in Treasuries to its balance sheet. How about if it adds $4-5 trillion more? All the interest payments on that debt is remitted back to the U.S. Treasury.

So ask yourself; Will the U.S. government ever go bankrupt? I think the answer is clear.