Step outside the box when adjusting to the new reality Imagine a world  with a regime of systemic negative interest rates. The low and negative interest rates we see in some areas of the world are just the beginning. When I discuss negative interest rates, I mean it in the context of institutionalization. There will come a time when we will have to adjust to a world where governments may borrow at little to no cost. Perhaps the promulgation of a permanent program of negative rates could be employed for governments to effectively write off debt. At the same time, wage earners could see their buying power continually getting smaller over time.

The national governments and their central banks will exploit a world of permanent negative rates to consolidate their power and wealth as well as their control over the populace. Those with the ability to access credit could do well, while those who are cut off could continue to suffer. The economic divides will only grow and expand as the wage class becomes more hopelessly dependent on government programs to keep them afloat. The inefficient borrowing by the government will ostensibly be painless and would only crowd out prudent borrowers with sustainable business ideas.

Large corporations would consolidate their market share and crowd out the smaller firms who would no longer be able to compete. The world would effectively become one large oligopoly.

For those who anticipate the changes and are prepared, these crises present opportunity.

Investors need to start focusing on how best to respond to a new crisis. The choices are more limited than many realize. Historically, central banks have needed to slash official rates as much as 4-5 percent in order to offset the effects of a financial crisis or an economic slowdown. That’s why former U.S. Federal Reserve Chair Janet Yellen talked about the need to raise rates in good times — to provide room to cut when necessary.

Yet, even after recent U.S. interest rate hikes, the Fed has nowhere near enough room to cut rates that much without going negative. In Europe and Japan, where rates are already less than zero, easing would require substantially negative levels, which would likely be politically impossible. Even current levels are controversial. Negative rates are a disguised way of writing down debt; they penalize savers and weaken the banking system.

The Bubble’s Losing Air. Get Ready for a Crisis (Bloomberg, Dec. 14th)

Crisis presents opportunity for you and me 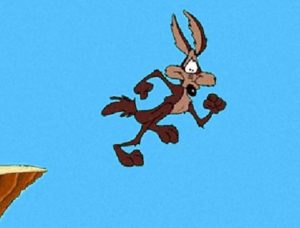 It is becoming clearer on a daily basis that the world’s economy and financial markets are reaching their denouement. For almost a decade we have experienced unprecedented asset value expansion and with the regime of historically low interest rates, valuations on most assets like real estate, stocks, bonds, businesses, sports teams, and art have been stretched to historic ranges.

The talk of crisis is all over the place. The alt-financial media have been proclaiming catastrophe for the past 25 years, but recently, the mainstream has been chiming in as well, and rightly so. We are standing on the precipice, and how you and I prepare for the upcoming storm will be the difference between future success and failure. Indeed, the future presents a lot of opportunities for those who are prepared.

I submit that most people have become very dependent on government in one form or another, so that any crisis in confidence will be mitigated by the overriding fact that hardly anyone alive wants to see the governments fail. Thus, most investors and citizens will willingly accept any solution the governments proffer. There will be very little uprising. The population is now a very docile bunch.

Here’s what we can expect when things really roll over

In theory, central banks could aggressively expand the asset classes they buy to include corporate and bank debt, or real estate trusts and shares. The ECB, BOJ and the Swiss National Bank have already implemented such programs.

Ultimately, central banks might have to resort to QE variations such as “helicopter money.” Originally a thought experiment of Milton Friedman, the government would print money and distribute it to the public to stimulate the economy. To make it palatable, the measure could be packaged as a way to rationalize welfare systems by reducing frictions and administration costs.

Helicopter money would at least deflect criticism of QE programs as favoring the wealthy and exacerbating inequality, as benefits would accrue to a wider spectrum of the population. Direct intervention, such as lending to or investing in businesses, or taking over banks and large parts of the economy to restart activity, are also possible.

The Bubble’s Losing Air. Get Ready for a Crisis (Bloomberg, Dec. 14th) 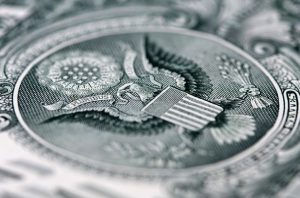 Cash is king for now

There will come a time when the US Fed begins to experiment with negative rates. How the global asset markets respond is up for debate and the situation is fluid. But, this much is true; those with cash who are under-leveraged will come out ahead when the downturn presents buyers with cheaper asset prices. There will be plenty of opportunities over the next few years, thus it is incumbent on all of us to be prepared when they present themselves.

For the first time in decades, every major type of investment has fared poorly, as the outlook for economic growth and corporate profits is dampened by rising trade tensions and interest rates. Stocks around the world are getting pummeled, while commodities and bonds are tumbling — all of which have left investors with few places to put their money.

If this persists, or grows worse, it could create a damaging feedback loop, with doubts about the economy hurting the markets, and trouble in the markets undermining growth.

Pessimism emanating from the stock market could leave consumers and businesses scared to spend. The rout in junk bonds makes it more expensive for financially fragile businesses to borrow. The collapse in crude oil prices discourages new investment and hiring in the oil patch, which has been a source of job growth.

It may look like the end is near, but in a few years maybe oil driller junk bonds will be yielding less than 5% while the US government will be borrowing at -1%. Never underestimate the ability of the central banks to work together and come up with their solution. Of course, we won’t be the beneficiaries, and the governments will eviscerate all our freedoms in the process. All in the guise of saving us from catastrophe.