US Fed policy is causing the next crisis; We need to time this correctly to stay solvent While the US Fed continues to battle its own self-imposed war on inflation here in the US, the real rot is taking place outside its borders.  The emerging markets, which rely on external financing for its budget needs are the first in the cross-hairs.

We have discussed in the past that the causes of the upcoming manufactured financial crisis will be from misguided and myopic US Fed monetary policy. Ironically, those in the US will be the last to see the full impact of higher interest rates. Recall the Triffin dilemma and the adverse effects that conflicting monetary objectives bring to the table.

Outstanding debt securities from developing nations have ballooned to $19 trillion from $5 trillion a decade earlier, the credit-rating company said in a report. Despite the development of local-currency bond markets, borrowers will be hobbled by higher external borrowing costs, a stronger dollar and slowdown of capital inflows, it said.

Fitch estimates the Federal Reserve will raise rates at least six times by the end of next year.

Apart from the most vulnerable large emerging markets, namely Ukraine, Turkey and Argentina, Fitch sees risks in higher-rated United Arab Emirates, Qatar, Peru and Kazakhstan due to their reliance on external (dollar-based) debt. China is assessed as medium-risk country and the main challenges are high debt across the broader economy and the liquidity profiles of mid-tier banks.

Local-currency bonds of emerging markets are primarily bought by domestic investors such as pension funds, insurance companies and banks, providing a relatively stable funding source. Andrade Gutierrez SA, one of Brazil’s biggest construction companies, is the only emerging-market debt default Fitch has recorded so far this year, following five defaults in 2017.

-Bloomberg; Fitch Says EM Is Vulnerable as Debt Balloons to $19 Trillion (May 17th)

In this phase of the unfolding crisis in which domestic monetary policy objectives will eventually get the blame, we need to comprehend that the emerging markets will get slammed first. However, as credit dries up, the developed markets will feel the hurricane force winds as well. Imagine 30-year mortgage rates at 6%. If the US Fed raises six more times we could have a real estate market that resembles last decade’s. Supply can appear out of nowhere, especially if investors need to liquidate. 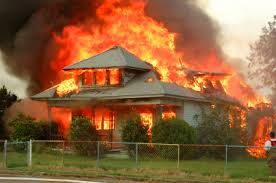 The economic data in the US are not as bad as what those in the alt-financial media are proclaiming. Sure, the income disparity has widened and has left about 40% of the population in the dust, but in aggregate, the numbers are currently OK.  The US Fed kept rates too low for too long, and now are playing a “reactive” role as prices mount. This will provide the groundwork for the next bust, but we need to be patient and must plan in advance for the unfolding manufactured crisis.

As long as the 10-year US treasury stays below 4%, the US real estate market should weather the storm, but it is difficult to contemplate its trajectory from not overshooting that level, given the US Fed may raise six more times. Indeed, we may see yield inversion, but if prices continue to rise, we could see the 10-year overshoot by a wide margin.

Investors who have long used the VIX volatility index for signs of a market downturn can now add the dollar to their list of fear indicators. This is especially apparent in the case of emerging-market stocks, which have seen a rally reversed in recent weeks as the dollar’s surge makes the riskier assets less attractive. “Forget the VIX,” the greenback’s spot gauge “is the new fear index if we consider the number of market cracks the dollar has exposed,” Stephen Innes, head of trading for Asia-Pacific with Oanda Corp., said in a note to clients.

Since the US dollar is the reserve currency, its value in the international markets can never be underestimated. As panic in the emerging markets spreads, the dollar will continue to rise. These emerging markets are scrambling for whatever dollars they can find before these borrowers default. Throw in a restrictive US Fed monetary policy and we have a recipe for disaster.

The euro is not capable of pulling any monetary market slack. The fundamental problem with the euro is that monetary policy is determined at the European Central Bank, but fiscal policy is determined at the individual national level. In order for the euro to succeed long-term, each nation needs to cede its fiscal sovereignty over to the European Union. This is something the European Union member nations are not yet ready to do. This is what makes the US dollar a more stable unit; fiscal and monetary policies are established in tandem, and the US dollar is still the reserve currency. About 63% of the world’s currency reserves are in US dollars.

What I am doing to stay solvent

I unloaded a couple properties I didn’t care for and had a difficult time maintaining. They were farther away and I had a more troublesome time getting them rented. I also declined a commercial line of credit earlier this year. Furthermore, the profits I made from my crypto trading remain in my bank accounts as I did not carry out a planned property purchase. I paid down an existing 30-year mortgage taken in 2016. It is estimated that I will pay it off by 2024.

I remain in cash and out of stocks. I trade equities and cryptos, but do not invest in them as of now. I will keep my rental portfolio as is; my LTV is less than 20%. I estimate that the next bust will be much worse than most anticipate, but life will go on. It doesn’t necessarily mean we will get a new monetary system, it just means that the collective oligarchy (George Orwell’s phrase) will get more powerful from the wealth and power consolidation.

I have not been concentrating on precious metals, because if we see the USDX rise to 100 and higher, gold and precious metals could get hit hard. Any scramble into the dollar will hit the price of gold. We are already seeing this. As this process unfolds we could see gold rise as uncertainty begins to manifest further. But, recall my previous analysis of the gold markets; I stated that the globalists allowed gold to rise from 250 to 1,900 in quick fashion, so they could manage it from a higher price. We could see further price management in gold and silver. This is why I prefer cash in the form of the US dollar. However, I recommend investors sticking to the local currency they transact in, if it is a stable one.

It is difficult to contemplate any imminent large scale equity unwind here in the US as the small cap indexes continue to climb to all-time highs, but if we see credit market distortions on the scale of last decade everything is off the table. Small caps are rising as their future prospects are more focused on the domestic economy and less on the emerging markets

With this said, this manufactured crisis (proclaimed by the monetary mouthpieces in late January-early February) could linger for years and lead to war. All wars start from economic decay.