Only a few traders (or one) can manipulate many illiquid markets 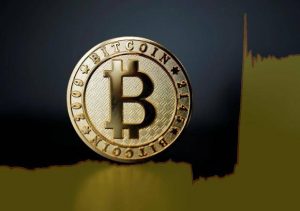 It is the conventional practice of many traders and market observers to match up and make a connection between the short-term price movements of an asset and its underlying news. This may work in most instances, but when it comes to the less liquid markets such as gold, silver, and bitcoin, sometimes we need to just chalk it up to the trading decisions of only a few (or one) players.

If you follow the gold and silver markets you know what I mean. For example, despite the war drums supporting gold I noted in my earlier post that the price of gold could not hold above the $1,362 support level that many traders deemed important. If the $1,362 support held on the close it would have attracted technical traders on the long side. Over 100 tons of paper gold was created towards the end of Wednesday’s trading and sold into the market as prices rose to almost $1,370. We know what happened next.

But even with this spiky history, bitcoin’s sudden price surge on 12 April was unprecedented. In less than 60 minutes, bitcoin’s value shot up by more than $1,000, driven by the biggest one hour trade volume in history of over a billion dollars worth of bitcoin.

Bitcoin is probably the least liquid market out there

While the market for silver is much less liquid than gold’s it is still more liquid than bitcoin’s. Thus, it can theoretically take perhaps one key player to move the price of bitcoin. So, if I were an institutional investor looking to go long on bitcoin and influence the market at the same time, I would spot well-timed vulnerabilities in the market and pounce. Thus, I theorize that perhaps only one investor or a few acting in concert with several hundred million dollars took advantage of the extremely oversold conditions in bitcoin to make a statement.

“Over the past two years, bitcoin has exhibited significant volatility,” bitcoin expert David Shrier told The Independent. “It’s important to remember that it is a highly speculative asset and a handful of actors have the ability to significantly impact the price.”

Mr Shrier points to the power that just a handful of traders hold over the market. The huge holdings that these traders have lead to a disproportionate market impact.

This is a view shared by Olga Feldmeier, CEO of blockchain startup Smart Valor, who suggests the rapid rise could be the result of a single actor.

“I personally think that this rise was due to a large institutional investor,” Ms Feldmeier told The Independent. “Apart from George Soros, there are a lot of institutions, hedge funds and big investors waiting for the right time to step in.

“As the price increase happened on crossing the $7,000 line, and came initially from just one exchange – Bitfinex – this indicated that it was pulled by a large institutional purchase order. Later it spread to other exchanges and marketplaces.”

Here is an article titled, A single trader could have caused the price of bitcoin to rise over 700% in 2013. The article states that a massive jump in bitcoin price back in 2013 has been linked to two accounts trading on the Mt. Gox platform.  Bitcoin had a volatile year in 2013, when prices dramatically spiked from around $150 to more than $1,000. Research has found that the price action was likely driven by fake trades initiated by one or two big players.

This is the one reason why I never short into rapidly falling markets nor buy into quickly rising ones; this is the worst mistake a trader can make. The reversals can be so vicious that one poorly timed trade can wipe out an entire account’s equity. Fight the urge to do what most money-losers do. We should sell into price strength and buy into price weakness.

We all may have differing opinions on what bitcoin means and what its future holds, but we cannot deny that it was extremely oversold in the short-term. I held a small long trading position before the price explosion and was hoping to add on further weakness. That weakness never came as bitcoin’s price drove higher by over $1,000. Someone wanted to make a statement.

It remains to be seen if bitcoin can continue to build on its new-found momentum. If it does there are many traders, shorting into a compressed market, who wish they never got involved with bitcoin. The only thing worse than buying high and selling low is buying high and shorting low.